Get inspiration on productivity, design, and technology.
How to build a remarkable command palette 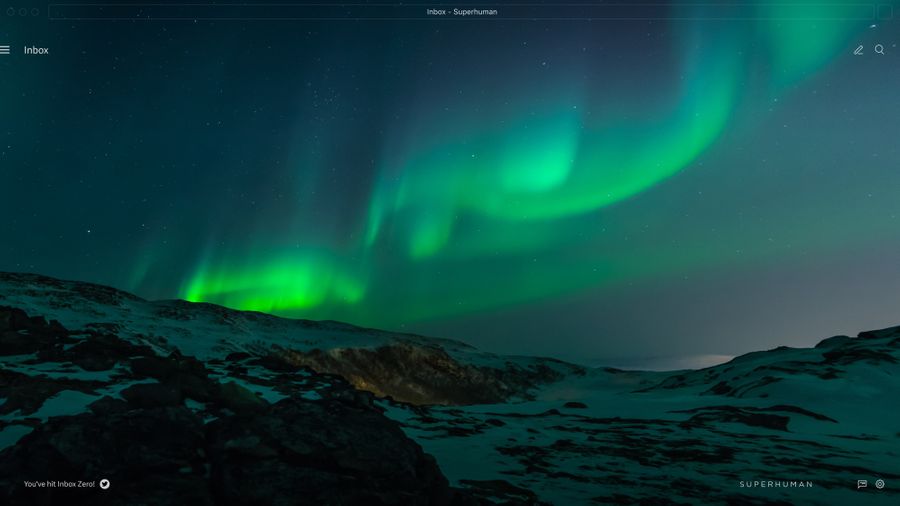 In Superhuman, one shortcut rules them all: Cmd+K.

Cmd+K brings up Superhuman Command, where you can instantly do any action — and also learn the shortcut for next time.

Command palettes are incredible tools, and their speed and versatility transform users into power users. But what are the secrets to building a powerful, omnipresent, and blazingly fast command palette?

Whether you already have a command palette in your product, or you're starting from scratch, this is our guide...

Anatomy of a command palette

What is a command palette, exactly?

A command palette is a user interface (UI) element that gives users quick access to many commands. It's usually a free-form input field that helps users find an action by narrowing down a list, based on what they type.

You'll see command palettes in Superhuman, of course — but also in Sublime Text, Alfred, Figma, VS Code, Slack, Linear, Vimcal, and many, many more. (For a little history, see this fantastic article by Matthew Guay.)

Why your product needs a command palette

You can build limitless features. With a command palette, you can build — and your users can discover — features that could never warrant a button or a dropdown. You aren't limited by screen real estate, so you can avoid cluttering the UI.

Users can quickly and easily discover new features. With a command palette, users can simply type what they want to do. Users prefer search to menus, which are only helpful if they understand the way your menus are organized.

Users don't need to take their hands away from the keyboard. With a command palette, keyboard shortcuts are easy to discover and explore. This helps users unlock extreme speed and achieve a magical state of flow.

Without a command palette, keyboard shortcuts don't leave room for mistakes. Ever pressed Cmd+Shift+W, instead of Cmd+W, and closed all your tabs by accident? (By the way, Cmd+Shift+T will bring them back!)

How to build a remarkable command palette

When you have a great product with a healthy feature set, the benefits of building a command palette are enormous. Here's how to do it…

Wherever your user is in your app, they must be able to bring up the command palette by using the same keyboard shortcut.

To achieve this, first pick a keyboard shortcut that is simple, memorable, and doesn't clash with regular typing or common shortcuts — like Cmd+C for copy, Cmd+V for paste, or Cmd+S for save. (Though you may need to make a tradeoff… more on that later!)

For example: Cmd+K is used by Superhuman, Linear, and Slack; while Cmd+Shift+P is used by Sublime and VS Code.

Next, make your command palette available everywhere by following these steps:

Exceptions to the rule

Of course, there are always tradeoffs!

You may not be able to make your command palette's shortcut work in certain contexts — and sometimes, that's totally fine.

For example, in Superhuman, hitting Cmd+K from the Settings dialogs doesn't do anything. These dialogs are rarely used, and users can easily exit by pressing Esc.

In our case, the dialogs obscure most of the app, and there are few enough actions you can perform in them that we just use visible UI elements instead.

You might pick a shortcut that is already used elsewhere in your application.

If so, we suggest that hitting the shortcut a second time brings up the command palette.

For example, many text editors use Cmd+K to create a link — in Superhuman, we change what Cmd+K does in the editor to do what people expect. Press it once, and you see the UI to insert a link; press it again, and you see the command palette.

By now, you have a keyboard shortcut that both brings up and dismisses your command palette.

Next, you must make your command palette central and powerful!

Putting everything in one place simplifies the mental model of your app.

Your command palette must be the one place where users can find every command. In other words, you shouldn't use Cmd+K for some types of actions, and Cmd+P for others.

Of course, your typical UI elements — such as buttons, dropdown menus, etc. — should continue to exist! But the palette also lets you build features that would never warrant a button or a dropdown, and adds a layer to access the same actions faster — without ever needing to touch the mouse.

A palette that only gives you access to a small set of commands is not very useful. You want your user to default to the palette for anything they need to do.

Over time, it should become a reflex for product owners and engineers to see any action as a UI element, a keyboard shortcut, and a command.

You can also use design to convey a sense of power.

By now, you have a command palette chock full of commands that can be called from anywhere in your app! The user has an enormous amount of power at their fingertips. It's time to make it easy for them to unleash it…

When the user types something, you want to filter the commands that match — but you must be forgiving.

Naturally typing "open" all lowercase should match "Open", but so should "opn" or "oepn".

Let's say you start with a simple list of commands, with only a title like so: (JavaScript, but essentially pseudo-code).

We use our own library called command-score. Our fuzzy matching library gives us a score between 0 and 1 that represents how well a given string of text matches another. Just filter out the ones that don't match enough, like this:

You can adapt the threshold to what works best for you.

Then, you'll want to add synonyms:

Whenever you define a new command, think of alternative words and phrases your users might use to action the command.

Your user may not know the specific terms you use in your product. For example, some Superhuman users are more accustomed to "archive", while we prefer "mark done". If they type "archive", they should still find what they're looking for.

When we filter out commands, we fuzzy-match against both the command's title and aliases. The command's score can be the maximum score across all of these.

For a single command, you can define the score as:

Calculate that for all commands, and do the same filtering as before:

One design note: when typing "archive", the displayed command could be "Archive" (the matching alias), or "Mark Done" (the main title).

We decided to display the command as "<command title> (<matching alias>)".

Then, ensure the suggestions are relevant:

Now you're showing only commands that match what the user typed — but we can still make them even more relevant!

Ideally, the top option is what the user is looking for. You won't be able to do it all the time, but you can influence the results and not rely only on fuzzy-matching.

You need to understand what the users are most likely to want to do for a particular query. Which commands are more important relative to each other? To decide that, you can rely on your own intuition about the features, or measure how often a certain action is taken compared to another.

If I type "snippet" in our command palette, it can match "Create Snippet", "Use Snippet", and "go to Snippets".

It seems fairly natural that a user would use a Snippet more often than they would create one, and they would visit the Snippets folder even less. You need a way to nudge the ordering to reflect that.

In your sorting code, when you compare 2 commands, you just need to check if one's ID is in the other's "follow". This way, no matter what the user types and thus no matter what the command scores end up being, you're guaranteed that the less important command will be lower.

These are just examples of the many ways you can make your ordering more relevant.

One whole category you could explore is adapting ordering based on usage over time. At Superhuman, we do a light version of this by keeping track of the last used item in some lists — for example, labels.

The user shouldn't have to understand the intricacies of your product to know when a command is available and when it's not. This is why most commands should be available from everywhere.

However, there are commands that only make sense in certain contexts. For example, in Superhuman "Send", "Attach", "Discard Draft" can only do something if a draft is focused. "Add Zoom Link" can only be used for a new calendar event.

How to use the app context in your palette:

Command palettes allow users to move faster and become infinitely more proficient — no wonder they have seen a resurgence in popularity.

Our command palette is so central to Superhuman that we even made shirts to celebrate Cmd+K!

When building or improving your command palette, here are your most important takeaways:

I hope this post was helpful to you, and that you got some ideas on how to make and improve your command palette! I'd love to hear your own suggestions: find me at @t_13_r or tim@superhuman.com. 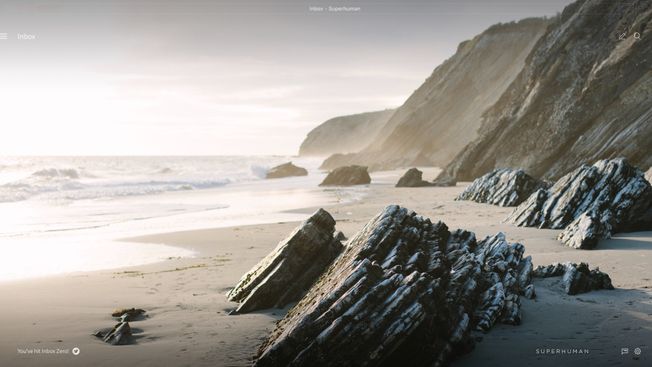 Product prioritization is crucial at fast-scaling startups. Here's how we do it at Superhuman...